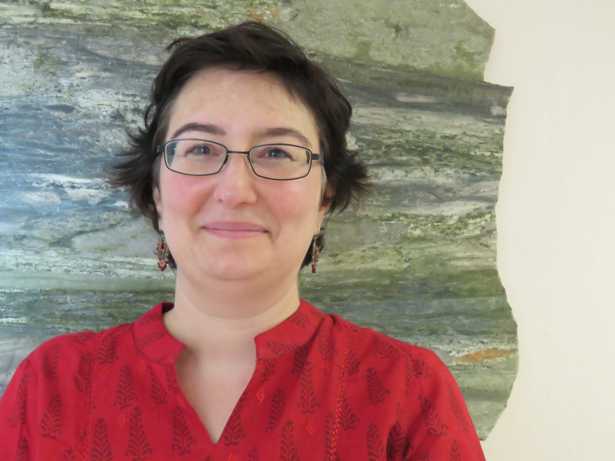 The 2016 EMU Research Excellence Medal has been awarded to Sylvie Demouchy of CNRS, Geosciences Montpellier, France.

Dr. Demouchy will present her award talk at the Goldschmidt conference in Paris, France in August 2017.

Sylvie Demouchy has been awarded the EMU Research Excellence Medal for her scientific leadership in experimental geochemistry and mineral physics, her scientific breadth and her extensive service to the academic community. She completed her PhD at the Bayerisches Geoinstitut in Germany and subsequently went on to post-doctoral positions at the Lunar and Planetary Institute, Houston, and the University of Minnesota. In 2007 she moved to the CNRS in Montpellier, where she is currently a tenure researcher in the Mantle-Interfaces research group. She has 30+ major publications in top international journals, making significant breakthroughs in the understanding of water in and the plasticity of mantle minerals. She has consistently demonstrated that rheological laws established at high-temperature can not be extrapolated to lithospheric conditions, and has elegantly demonstrated that hydrolytic weakening of olivine is likely only a minor effect in the uppermost mantle. In addition to her research achievements, Sylvie has been involved in several European research programmes, has trained a large number of MSc and PhD research students and other young scientists, has organised conferences and sessions and has acted a panel member and referee for many scientific papers. Her remarkable achievements in this early part of her career makes Sylvie a very deserving awardee of the 2016 EMU Medal.