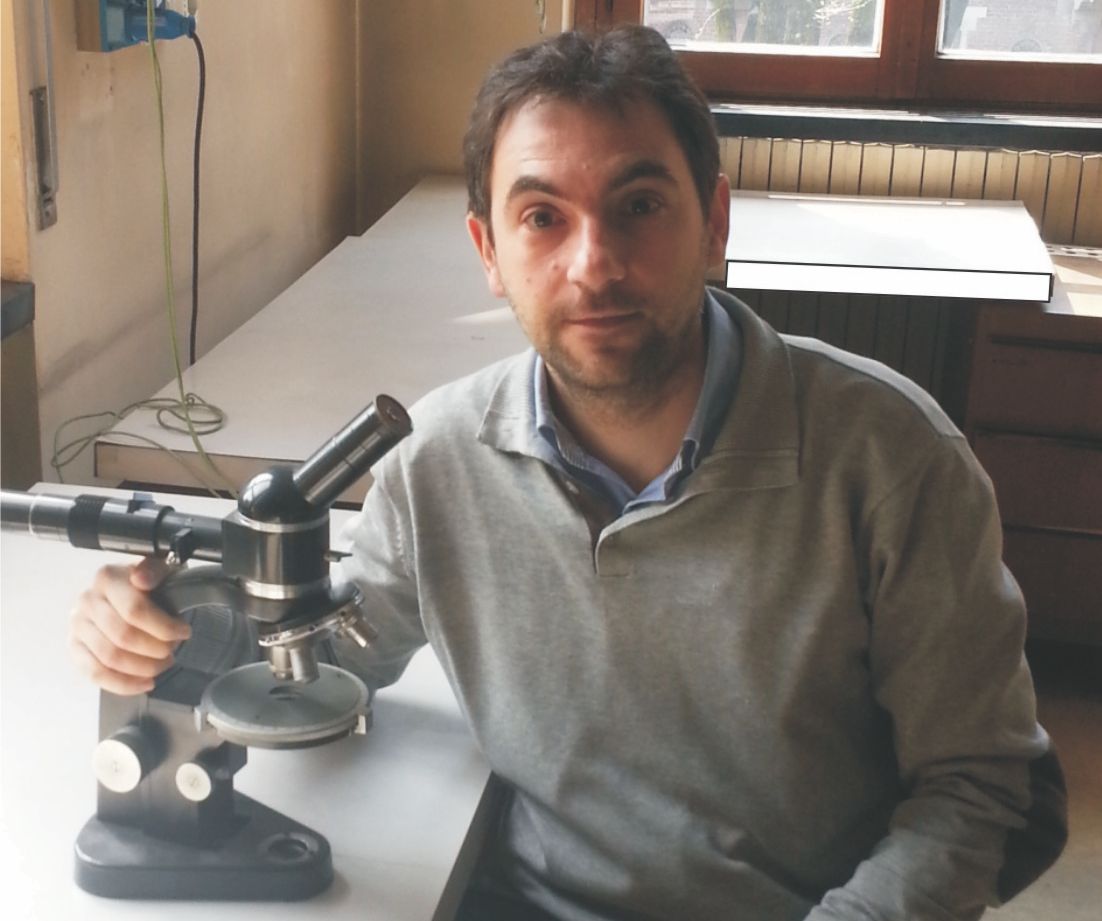 The 2013 EMU Research Excellence Medal has been awarded to two excellent young scientists, one of them being Giacomo Diego Gatta, Dipartimento di Scienze della Terra, Università degli Studi di Milano in Italy. The award was given for his research which has provided new and substantial insights into the relationship between structure, chemistry and elastic and thermodynamic properties of a range of earth  materials, including framework silicates and phosphates, phyllosilicates, chain-silicates, nesosilicates and oxides. Additional work of the awardee includes elegant experiments that have detected protons and structurally incorporated water in nominally anhydrous minerals. He has also published in the crystallography of synthetic materials, in gemology, in ore mineralogy and in archaeometry. His series of papers on minerals proposed for nuclear waste disposal draw on his insights from his work on zeolites, and clearly lay out the temperature and pressure stability limits under which these minerals can immobilise specific waste elements. While being led by scientific issues, Gatta is also committed to the hands-on development of high-pressure methods – a combined approach that is the hallmark of a well-rounded “at the coalface” scientist. His research toolbox includes powder X-ray and neutron diffraction techniques, electron microscopy as well as Raman and infrared spectroscopy and LA-ICP-MAS. In addition to his impressive research activity, the recipient serves the international mineral science community as Associate Editor of the American Mineralogist, as Associate Editor of the Mineralogical Magazine and as Associate Editor of the Open Journal of Mineralogy. His breadth of knowledge is critical in serving our community in these important roles. Diego’s outgoing personality and boundless energy have also has been critical in forging links in the mineralogy communities within Europe and beyond.

Photograph below: Giacomo Diego Gatta, recipient of the EMU Research Excellence Medal 2013, receives the medal and the certificate from 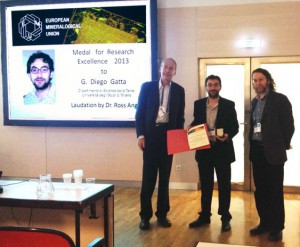