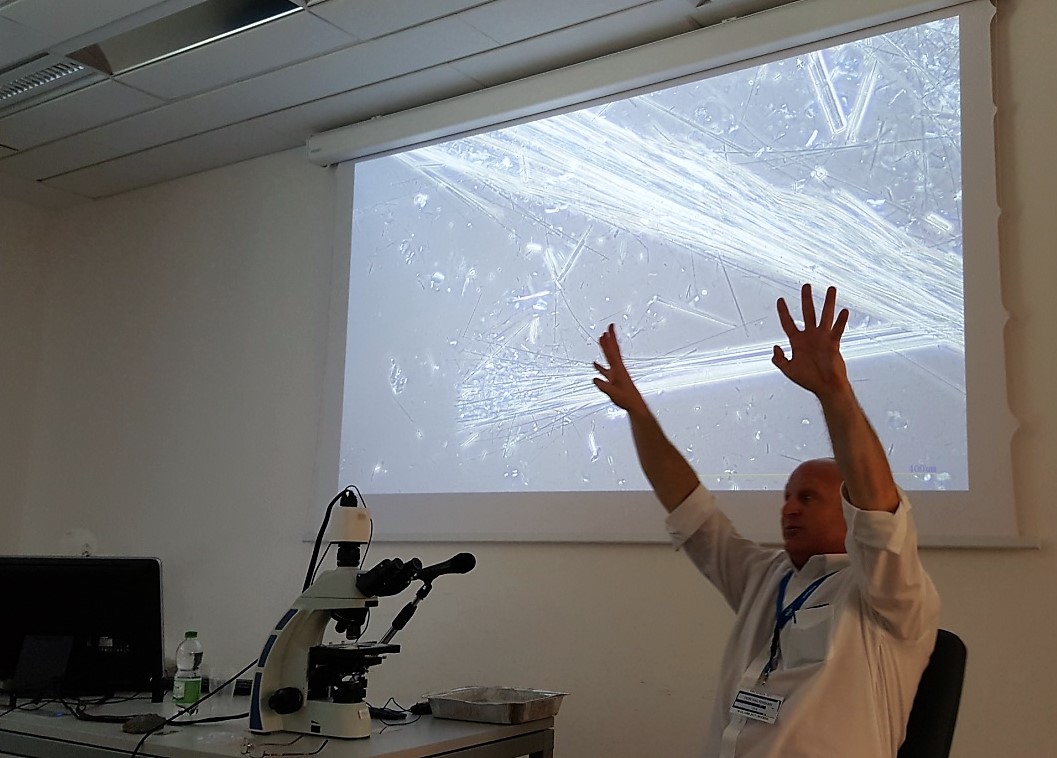 The 2017 school of the EMU (European Mineralogical Union) on “Mineral fibres: crystal chemistry, chemical-physical properties, biological interaction and toxicity” was held at the Chemistry and Earth Sciences Dept. UNIMORE in Modena (Italy) on June 19-23. For the first time, a school on fibres had been designed with a strong multidisciplinary slant, aimed at fully understanding both the nature and the biochemical activity of mineral fibres, and was addressed to participants with very different backgrounds, even outside Earth Sciences. Some lessons even focussed on the interaction of the fibres with human lungs and the understanding of the onset of fatal malignancies like ‘mesothelioma’ and lung cancer. The following topics has been covered: crystal structure and crystallography, occurrence of mineral fibres and natural occurring asbestos; experimental methods for the investigation of mineral fibres: optical microscopy, X-ray diffraction, electron microscopy, vibrational spectroscopy, iron spectroscopy and synchrotron radiation based techniques; surface and bio-chemical properties of mineral fibres; in vitro and in vivo tests to assess cyto/genotoxicity and carcinogenicity of mineral fibre; epidemiological studies of asbestos related diseases; genetic factors, mutations and toxicity of mineral fibres. 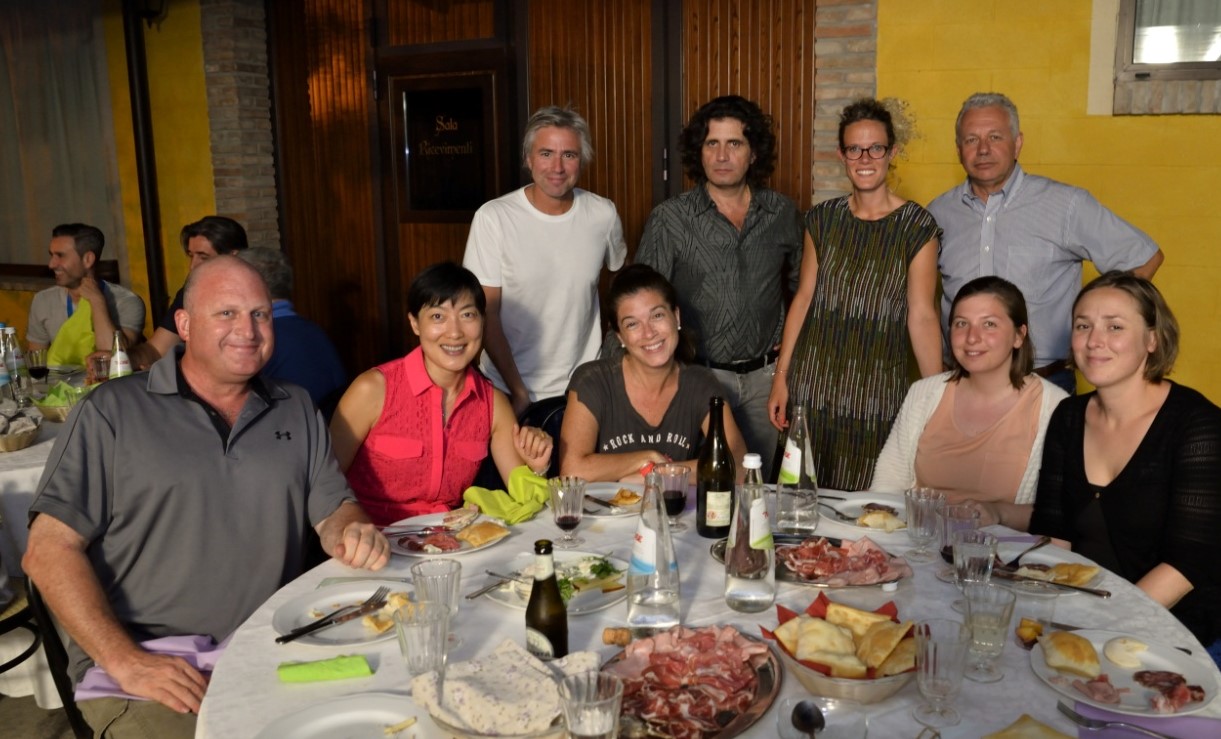 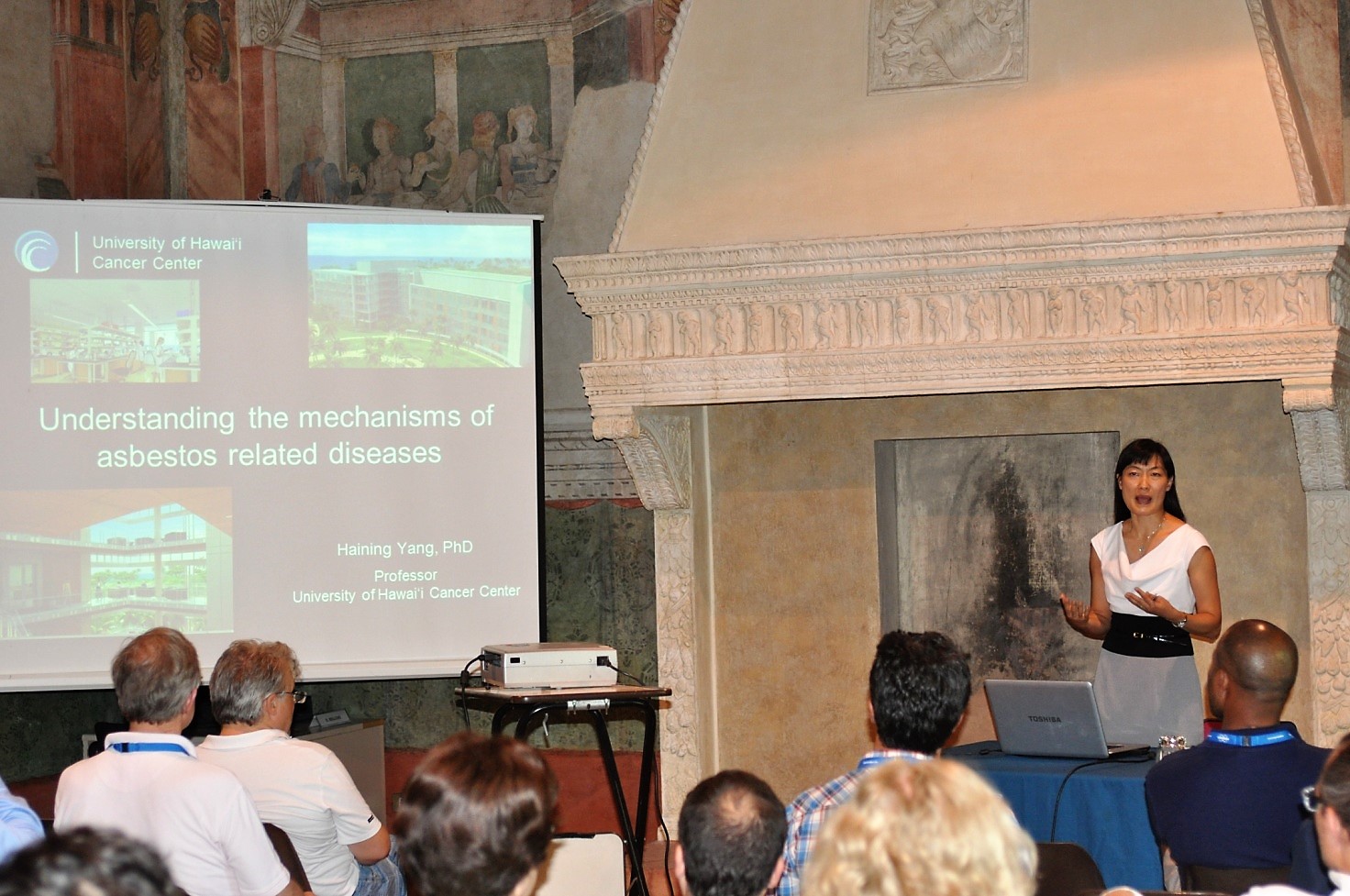 foreign lectures shared their experience with the attendants during the five days of the school. Dr. Don Halterman (OSHA) explained the physical characteristics of mineral fibres. Dr. David Bernstein (Switzerland) gave a beautiful picture of the bio-chemical processes occurring after the inhalation of mineral fibres. Prof. Michele Carbone and Prof. Haining Yang (University of Hawaii) excited the audience by presenting the results of their outstanding research published on the same day in Nature on BAP1 and MM cells that lack BAP1, which are resistant to chemotherapy-induced cell death, providing a rationale for the characteristic resistance of MM to chemotherapy. Dr. Bruce Case (Canada) kindly gave his lecture in remote mode from Canada. Practical sessions (optical and electron microscopy), a field trip to a quarry in Borgotaro (Parma) 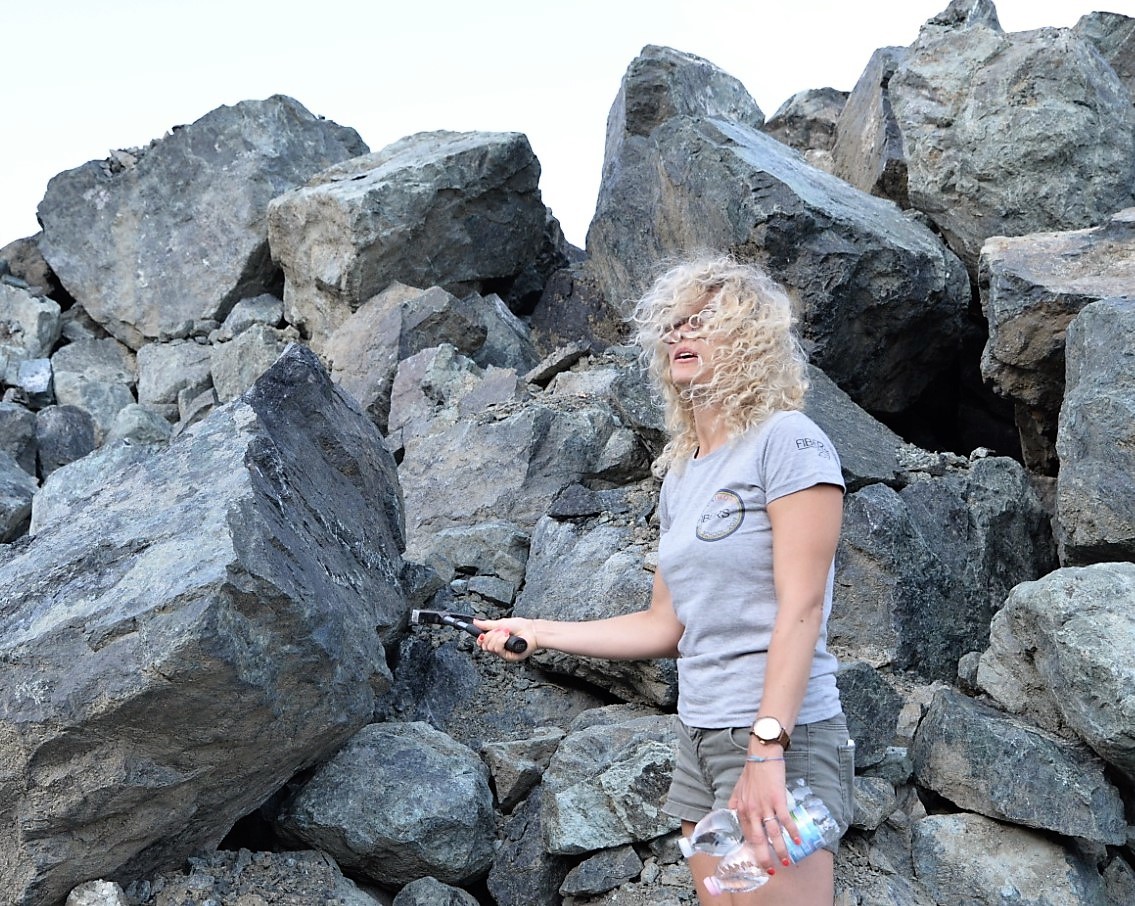 exploiting  green stones contaminated with asbestos and a visit at Istituto Ramazzini – Research Center on Cancer (Bentivoglio, Bologna) completed the programme and were very much appreciated.

The event was possible by the munificent sponsorship of both institutional (IUCr, EMU, SIMP) and private sponsors that were involved with exhibition stands on-site during the whole week.

The Volume 18 (2017) of the EMU Notes in Mineralogy “Mineral fibres: crystal chemistry, chemical-physical properties, biological interaction and toxicity” (A.F. Gualtieri editor, K. Murphy managing editor, R. Oberti commissioning editor) has also been released in time for the school and gifted to all the attendants.

A very positive feedback from the attendants was received in the days after the school. The lectures in PDF format, photos and news related to the event are available to everybody at the web site emu2017.unimore.it.